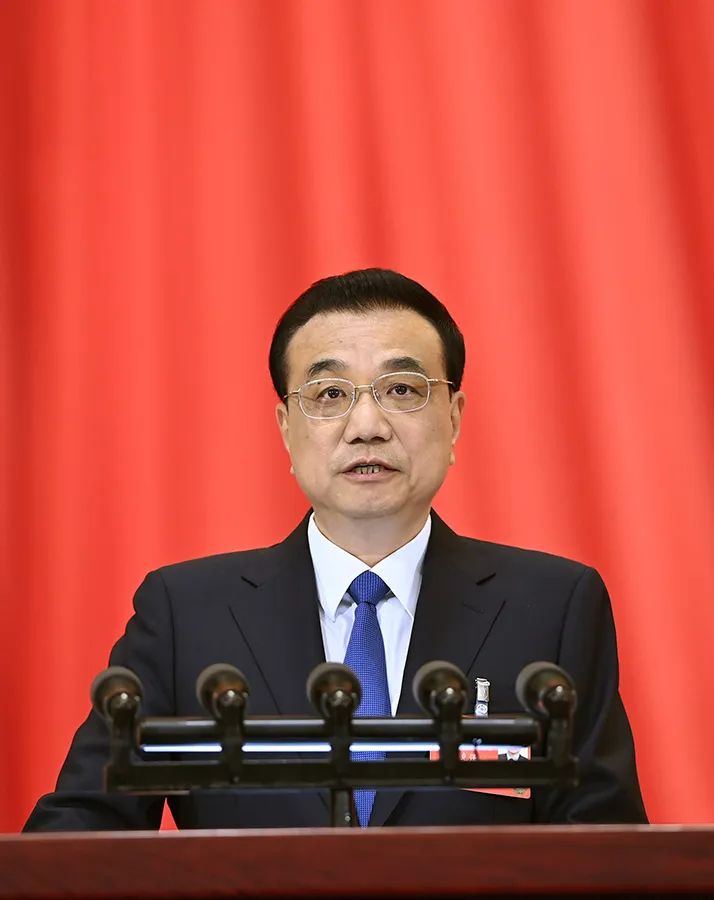 ►13.52 million new urban jobs were added, and the surveyed unemployment rate was below 5.3%.

►A basic equilibrium was maintained in the balance of payments.

❷ The economic structure continued to improve, and the development priorities of regions are better aligned

►Consumption continued to serve as the main engine driving growth.

►For the first time, permanent urban residents exceeded 60 percent of the population.

►Business startups and innovation continued to surge nationwide, with an average net increase of over 10,000 businesses per day.

Major headway was made in reform and opening-up

►We cut taxes and fees by 2.36 trillion yuan, going well beyond our target of 2 trillion yuan, with manufacturing and micro and small businesses benefiting most.

►Regulations for the implementation of the Foreign Investment Law were adopted.

❺ Pivotal progress was achieved in the three critical battles against poverty, pollution, and potential risk

►Decisive achievements were made in poverty alleviation—the rural poor population was reduced by 11.09 million, and the poverty headcount ratio fell to 0.6 percent.

►Enrollments at vocational colleges grew by one million.

►More stable and higher-quality imports and exports, and a basic equilibrium in the balance of payments.

►Growth in personal income that is basically in step with economic growth.

►Elimination of poverty among all rural residents living below the current poverty line and in all poor counties.

►A further drop in energy consumption per unit of GDP and the discharge of major pollutants.

►Accomplishment of the 13th Five-Year Plan.

►We have not set a specific target for economic growth this year.

原因：主要因为全球疫情和经贸形势不确定性很大，我国发展面临一些难以预料的影响因素。
This is because our country will face some factors that are difficult to predict in its development, due to the great uncertainty regarding the COVID-19 pandemic and the world economic and trade environment.
这样做，有利于引导各方面集中精力抓好“六稳”、“六保”。
Not setting a specific target for economic growth will enable all of us to concentrate on ensuring stability on the six fronts and security in the six areas.

►Deficit-to-GDP ratio this year is projected at more than 3.6%, with a deficit increase of 1 trillion yuan over last year.

►Use a variety of tools such as required reserve ratio reductions, interest rate cuts, and re-lending to enable M2 money supply and aggregate financing to grow at notably higher rates than last year.

►Work actively to create new ones.

►Expect additional savings of more than 2.5 trillion yuan for enterprises throughout the year.

►Ensure that micro, small, and medium businesses have significantly better access to loans and that overall financing costs drop markedly.

❹ Make every effort to stabilize and expand employment

►This year and next, provide more than 35 million vocational skills training opportunities, and grow enrollment in vocational colleges by 2 million.

❶ Press ahead with reforms to streamline administration and delegate power, improve regulation, and upgrade services

►Boost the resumption of work, production, and business activities.

❸ Improve the performance of state capital and SOE reforms

❶ Promote the recovery of consumption

►Support the recovery and development of consumer services.

Priority will be given to new infrastructure and new urbanization initiatives and major projects, which not only boost consumption and benefit the people, but also facilitate structural adjustments and enhance the sustainability of growth. Efforts will be made mainly in the following three areas:

►Step up the construction of new types of infrastructure, developing next-generation information networks.

►Strengthen the development of a new type of urbanization, improving public facilities and services in county seats and beginning the renovation of 39,000 old urban residential communities.

► Implement a package of policies to support Hubei’s development.

❺ Ensure more effective protection of ecosystems and the environment

❶ Win the fight against poverty

►Channel greater energy into eliminating poverty in all remaining poor counties and villages.

►Continue to promote both poverty alleviation and rural revitalization.

►Penalize the acquisition of farmland for other purposes in violation of laws and regulations.

►Increase the area of high-standard cropland by 5.33 million hectares.

►Help businesses get more orders and keep their employees on.

►Draw up a negative list for cross-border trade in services.

►Foster an enabling market environment in which all companies, Chinese and foreign, are treated as equals and engaged in fair competition.

❹Promote liberalization and facilitation of trade and investment

►Increase inputs into the R&D of vaccines, medicines, and rapid testing technologies.

►Resolutely prevent a resurgence of COVID-19.

►Tighten up supervision over food and drugs.

►See that teaching in primary and secondary schools and entrance examinations for senior high school and university are well-organized.

►Increase the basic pension for retirees and the minimum basic old-age pension for rural and non-working urban residents.

►Extend the coverage of unemployment insurance and subsistence allowances.

►Ensure assistance is provided to anyone who runs into temporary difficulty.

❺ Organize rich intellectual and cultural activities for our people